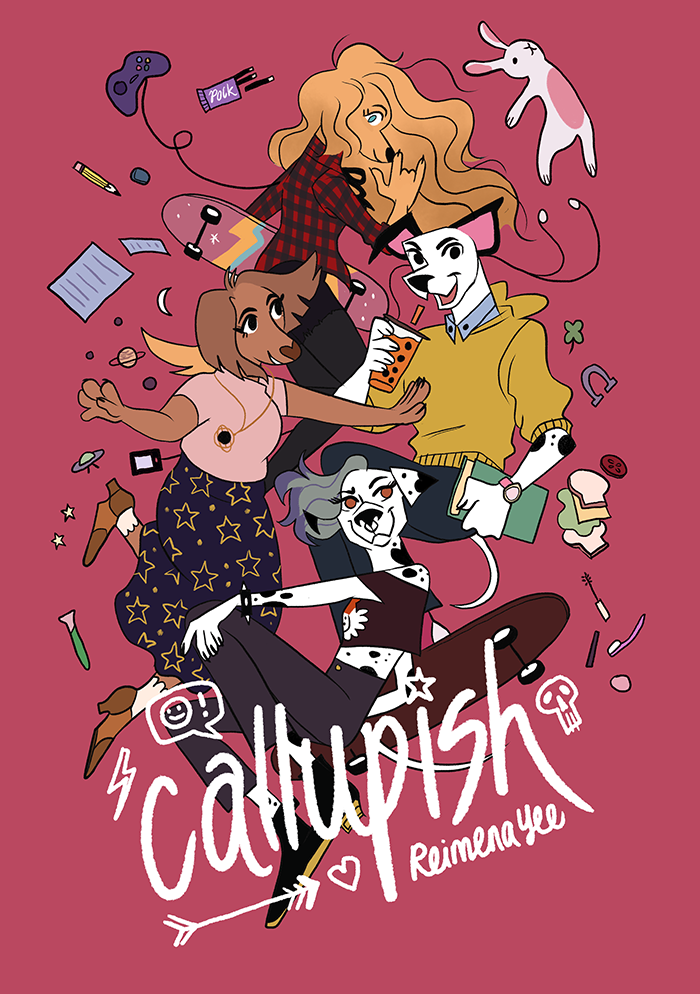 A comic about four teenage dogs and the anxieties of coming of age in the new millenium.

CALLUPISH started as my first ever comic when I was 9 years old. The comic lasted for 3 years, featuring a weird and gloriously childish cast of characters, from teenaged dogs in high school to crime-fighting superhero pets to mundane slice-of-life.  More than a decade later, it is being rebooted into a proper graphic novel series, focusing on a smaller cast of four main teenagers: Lucas, Judi, Heather and Odette. I've been developing this for a while; however due to a full schedule of other graphic novel projects I'm currently putting CALLUPISH on the backburner. Fingers crossed, it'll see the light of day!

Until then, please enjoy this page! I've posted concept art, a mini-comic, and the first chapter of CALLUPISH. :) 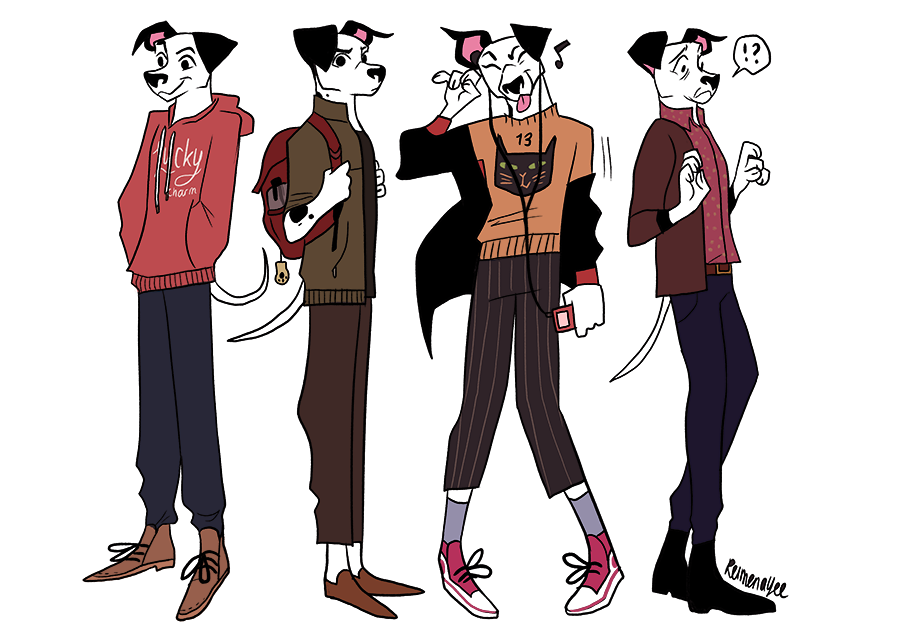 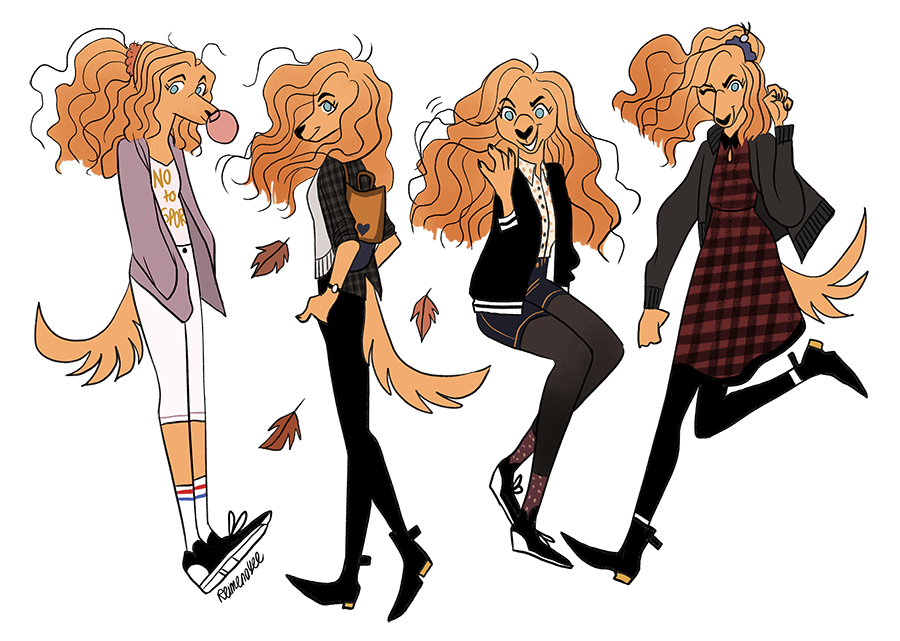 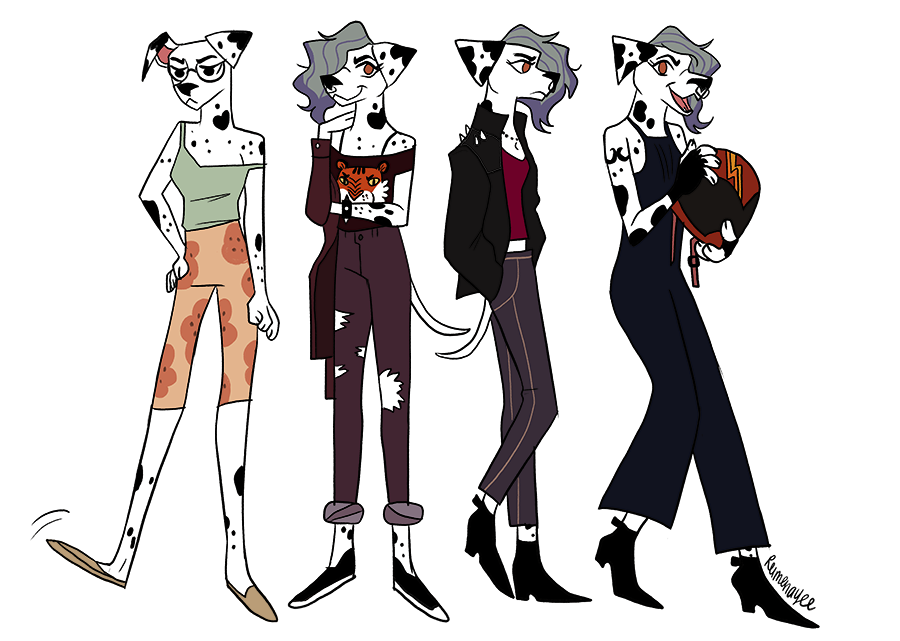 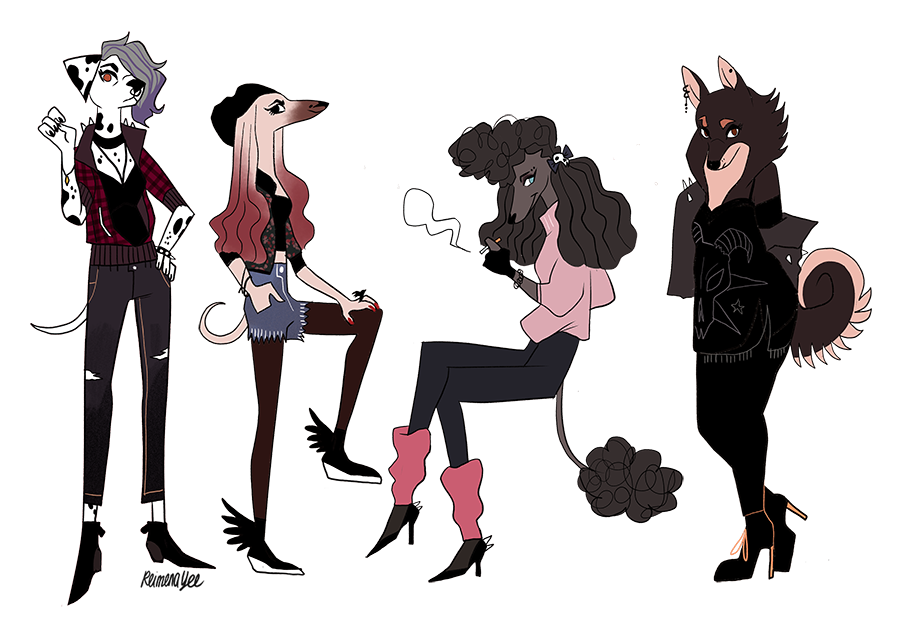 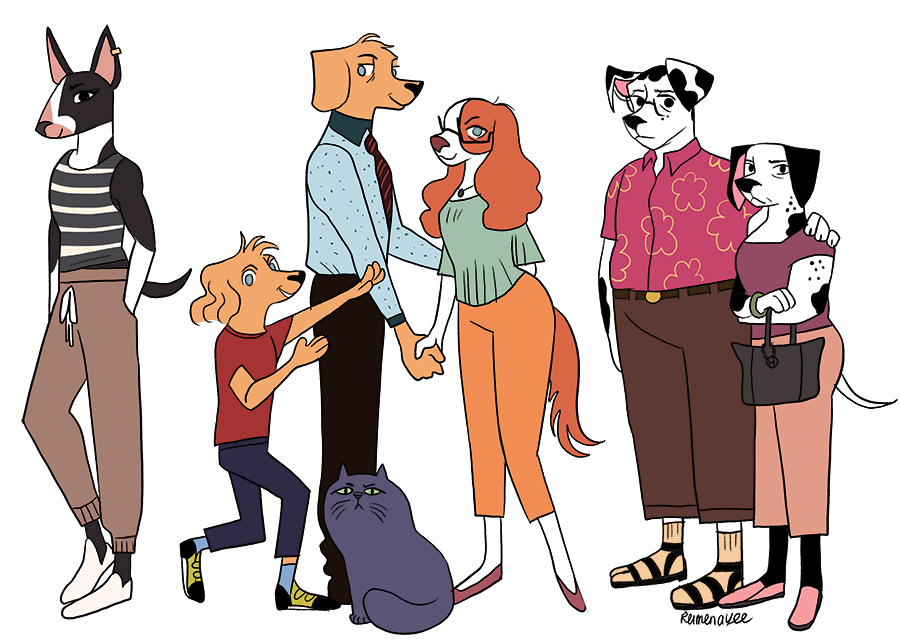